Key Concepts Regarding the Sacrum

Rules of physiological motion dysfunction. A dysfunctional structure i.e. left sacral rotation fixation, can move further into the pattern in which it is stuck, it cannot move out of it.

1. A sacral torsion has blocked P-A at only one quadrant

2. Left sacral rotation (more common than torsions, typically occur on left) about a vertical axis has both left quadrants blocked

5. A backward bent sacrum (rare) has blocked P-A at the base S1 bilaterally

6. A side bent sacrum has blocked motion on the side bent side of sacroiliac dysfunction. Testing superior glide motion at the ILA that is lower, (ILA=inferior lateral angle), reveals stuck mobility.

7. So-called "Unilateral Flexion or Unilateral Extension" as described by the Osteopathic and Muscle Energy paradigms, does NOT exist. Details provided upon request. To "find and treat' them requires profound suspension of belief, belief that only a few landmarks and a few GROSS MOTION tests with very poor inter/intra tester reliability can evanesce this problem.

8. Sacral Side Glide is physiologically impossible, or at least in over 25 years of search, never has found it. I suspect that the interosseous ligament is quite unyielding.

9. Whatever happens at the sacrum influences motion at the symphysis pubis, so you much recheck both after you treat one. The reverse of course is also true.

10. The best position to evaluate the sacrum is Yoga child's Pose/Muslim Prayer Position, of course screen it in prone neutral and prone extension also; the latter so rarely if ever has dysfunctional patterns.

11. Of the above sacral patterns, only #3 is non-physiological motion and all directions of motion are blocked.

12. The Osteopathic terminology lexicon online has more than 12 different names for sacral torsion about a vertical axis. Confusion anybody?

13. Sacral rotation About a Vertical Axis is much more common that Sacral Torsions About an Oblique Axis, yet I believe that nearly all Muscle Energy Seminars emphasize the torsion and do not even teach the pure rotations, and even though Posterior Glide Sacral Fixations are part and parcel of Osteopathic Theory, it is not taught at MET seminars. No wonder many still feel somewhat confused after taking seminars on SIJ dysfunction, see #7.

14. Sacrum means "sacred thing" because the ancients believed it to be the seat of the soul.

15. the most distal compensation for a sacral rotation is at the Occiput-C1-C2.

16. Some seminars (some I have attended) use a matchbook to represent the sacrum when describing torsion about a vertical axis. Real plastic sacral models can be purchased for about $10.00 each. Matchbooks cost perhaps 10 cents.

Key Concepts of the Sacrum

RIGHT SIDE VIEW OF THE SACRUM 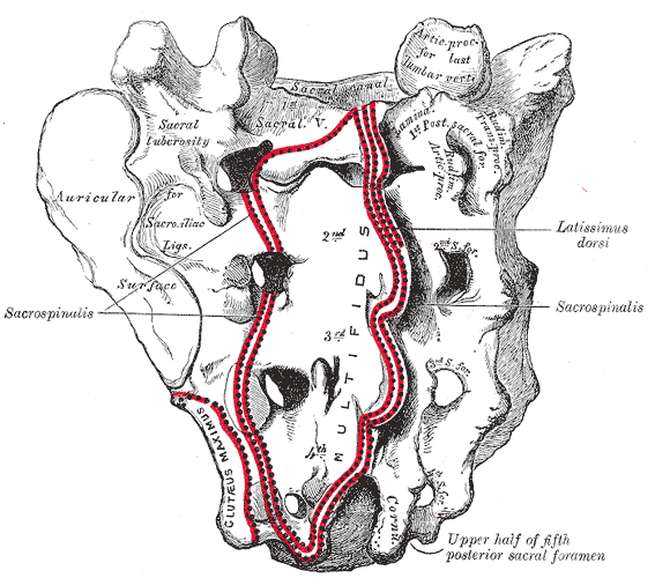 POSTERIOR VIEW OF THE SACRUM 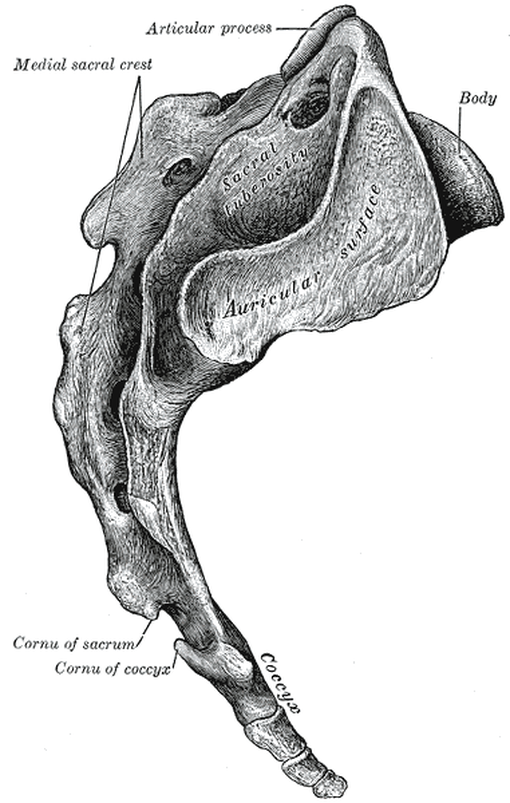 TOP VIEW OF THE SACRUM 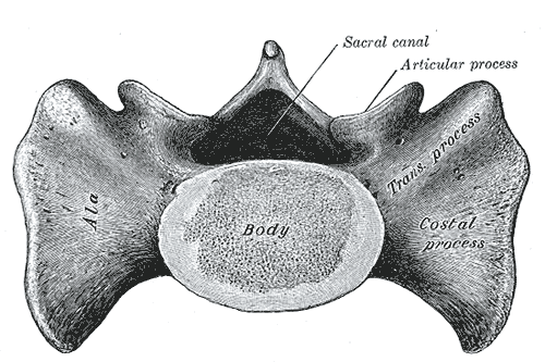 God bless Wikipedia and the fine folks that make it possible. I took these images from Wikipedia: The sacrum. Additional images can be found at the bottom of this page.

ANTERIOR AND POSTERIOR VIEW OF THE SACRUM AND COCCYX 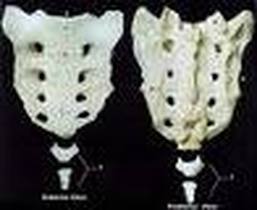 LATERAL VIEW OF SPINE WITH SACRUM AND POSTERIOR IMAGE OF SACRUM 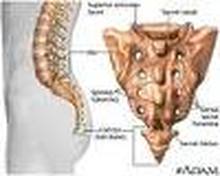 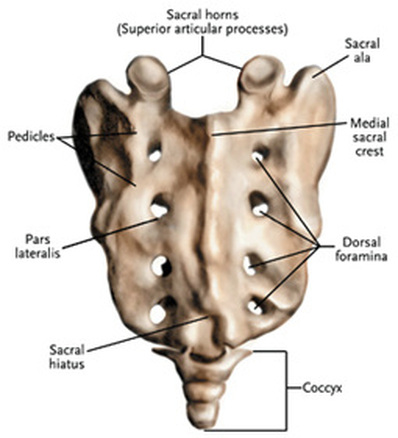 FRONT VIEW OF THE BONY PELVIS WITH SACRUM COLORED GREEN 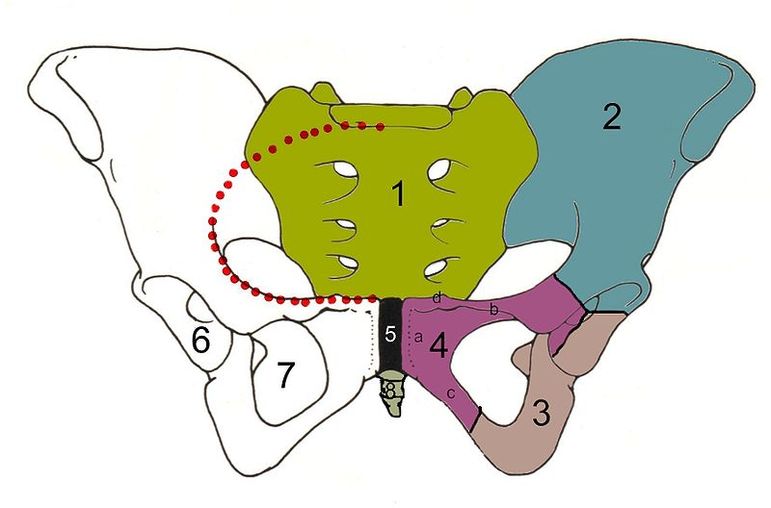 Please look at other sources to see the sacrum in relationship to the muscles, nerves, vessels, fascia, organs, etc.